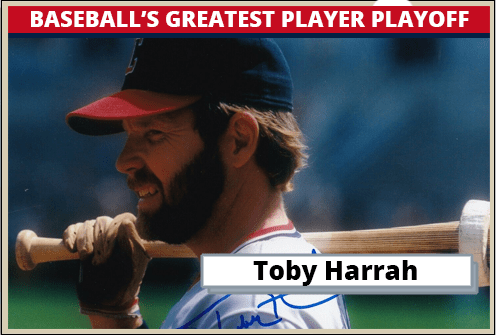 With elimination staring them in the face, nineteenth-century hitting specialsit Bill Everitt has the top seed in a season that reaches all the way to the 21st. Old-timers Ginger Beaumont and Ed Morgan mix it up with Vic Wertz, Cecil Cooper, Toby Harrah, Ken Griffey, and Andruw Jones. As always, a top 4 finish is the only guarantee to move on to Round 5.

Ginger Beaumont finished strong but it wasn’t enough to catch Vic Wertz. He had to settle for a second-place tie with Cecil Cooper, 5 games back. “The Kid,” Ken Griffey Jr, took the final slot for Round 5, while “The Curaçao Kid,” Andruw Jones, despite leading all teams in homers, will be heading home along with Morgan, Harrah, and top-seed, Bill Everitt.