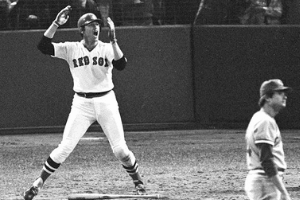 We begin Round Two where the hitters who failed to finish either fourth place or better or above .500 in their seasons in Round One get a second chance to move forward in the playoff. Reggie Jackson, Zeke Bonura, Reggie Sanders, Todd Helton, Harvey Hendrick, and Johnny Pesky get to advance based on having a positive run differential in their seasons and having more victories than Nellie Fox, Chief Wilson, Roy Campanella, Mike Griffin, and Bob Fothergill. We will see them later in this round.

The Pitchers for Round Two can be found here.

Carlton Fisk came out on top and Julio Franco won on the last day of the season to make it to .500 and join the other five teams to qualify for Round Three.