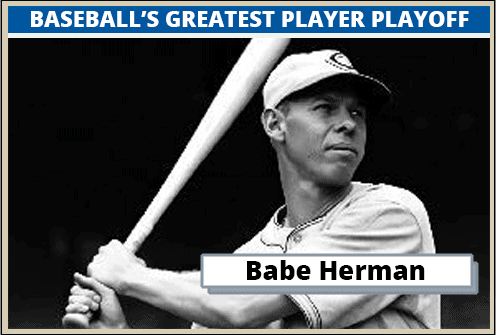 No Hall-of-Famers this season but definitely some favorites that may stick around for a few rounds. Babe Herman is the earliest player and has the top seed. Curt Walker and Mickey Vernon represent later years with Boog Powell, Hal McRae, Jim Wynn, and Toby Harrah holding down the 70s and 80s and Pat Burrell as the most modern.

Played as: Mickey Vernon
Full Name: James Barton Vernon
Nicknames: He picked up “Mickey” as a child based on a song he played over and over again

Jimmy Wynn laid out the evidence that his career could have been much different had he played in better hitter’s parks, fighting off a late surge by Babe Herman to retain first place. Curt Walker and Boog Powell also qualified for Round 5, finishing in the top 4. The others face elimination in Round 4.