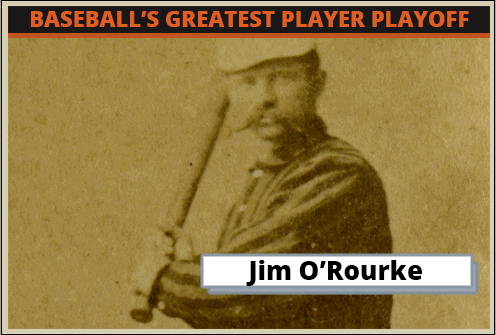 Hall of Famers Jim O’Rourke and Billy Williams wrap up Round 3 in a season featuring old-timers and modern stars. Joe Judge, John Stone, and Ed Morgan cover the old days, and Chuck Knoblauch, Jay Buhner, and Troy Glaus hold down the new. Which will prevail? Only a 152-game schedule will tell the tale. Top 4 to Round 5.

John Stone held off late charges by Jim O’Rourke and Billy Williams to hang on for the pennant. Joe Judge finished fourth to grab the final Round 5 slot. Morgan, Knoblauch, Glaus, and Buhner face elimination or salvation in Round 4.