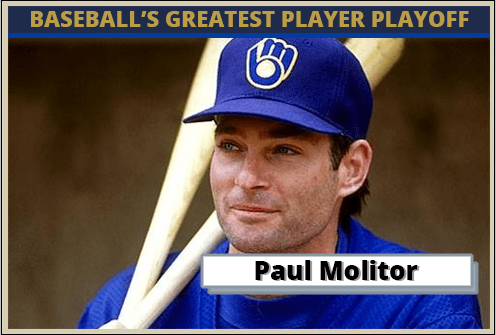 Played as: Pie Traynor
Full Name: Harold Joseph Traynor
Nicknames: Was nicknamed “Pie Face” as a child and it stuck!

Played as: Oyster Burns
Full Name: Thomas P. Burns
Nicknames: Oyster came either because he liked eating them or because he sold them in the off-season

In a closely contested season that saw the top five teams within six games of each other, Oyster Burns found himself in the top slot thanks primarily to a strong April performance. Buster Posey and Tony C benefitted from their power to finish above .500 in the company of Pie Traynor and Paul Molitor to qualify for automatic seeding in Round 5. Beaumont, Trammell, and Jones get a second chance in Round 4.