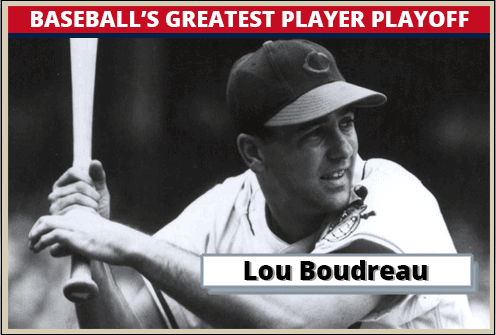 Hall-of-Famer Lou Boudreau is joined by former Cleveland teammate Luke Easter and fellow HOFer Andre Dawson in this blazing season. Sluggers Lee May, Darrell Evans, and Josh Donaldson add their bats to the cause along with turn-of-the-century star Honest John Anderson and the speedy George Case. Who goes home and who continues in the quest to determine the greatest? Only a 154-game schedule will tell.

Coming out of the number 7 seed, Josh Donaldson surprised with a first-place finish in a closely contested season. Based on his season statistics, he must have had some timely hits. Luke Easter dropped a 3-game set to Andre Dawson to close out the season or things would have been even closer. Lee May and John Anderson, both victorious on the final day of the season, finished in a fourth place tie. We say goodbye to George Case and Hall-of-Famer Lou Boudreau, as well as one of my faves, Darrell Evans.