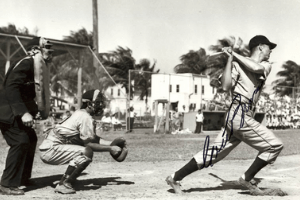 Andre Dawson joined the 100 Win Club and took first place in Season 19, outdistancing second-place Albert Belle by 14 games. Bake McBride and Bob Bescher also qualified for Round Three and Tim Wallach just missed. Despite winning nine straight, he lost the last game of the season to finish in fifth place, one victory shy of the .500 mark. Cecil Travis, Garret Anderson, and Dots Miller will also be heading home.