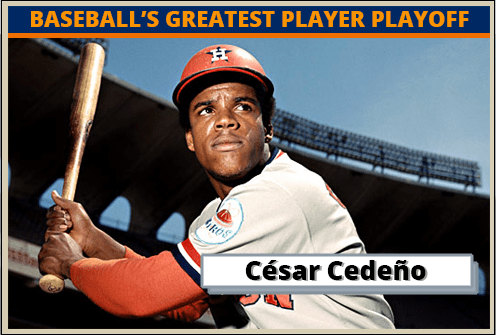 Plenty of power is expected as Cesar Cedeno carries the top seed against Hall-of-Famer Willie McCovey and HOF cert Ichiro Suzuki. Also in the mix are reigning MVP Freddie Freeman, Mookie Wilson, underrated Darrell Evans, Jason Giambi, and the king of the Three True Outcomes, Adam Dunn. It will take a top four finish to guarantee a berth in Round 5.

Played as: Mookie Wilson
Full Name: William Hayward Wilson
Nicknames: The Mookster, (Mookie was bestowed on him by his grandparents)
Twitter: @MookieWilsonNY1

The lesson from this season? A one-dimensional offensive threat is going to have a hard time in the tournament. Ichiro led all teams in batting average but finished seventh, just one game ahead of hard-hitting Adam Dunn, who found himself on the interstate. Jason Giambi took the pennant with Willie McCovey in close pursuit. Cedeno and Freeman rounded out the top four to secure slots in Round 5.