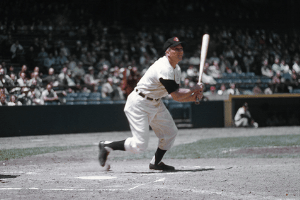 Al Rosen just missed qualifying in Round One, so he looks to make the most out of his second chance here in Round Two. He will face the speedy Brett Butler, Ozzie Smith, and Edgar Renteria and the hard-hitting Josh Donaldson, Curtis Granderson, Robin Ventura, and Kevin Youkilis in a “go big or go home” scenario.

Al Rosen destroyed leftie pitching to take first place and Ozzie Smith won his last two games to make it to .500 and join the other four teams qualifying for Round Three.