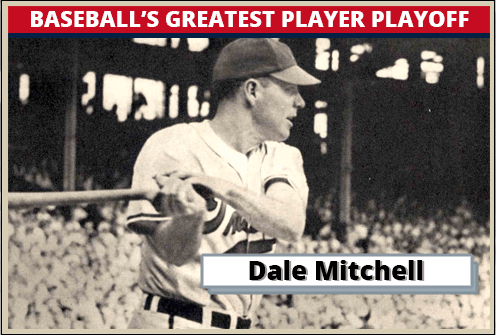 In a relatively modern season, Dale Mitchell leads the charge against a slate of Hall-of-Famers and someday Hall-of-Famers. George Brett, Chipper Jones, and Andre Dawson are already in and Steve Garvey, George Foster, Al Oliver, and Curt Flood probably will be. In any event, the top 4 finishers move on to Round 5.

Chipper Jones was in last place at the end of April and then went on an 84-45 run – a .651 clip – that got him the top slot. Oliver and Brett tied for second and George Foster hung on for fourth place. Dawson, Garvey, Mitchell, and Flood came close but will have to try their luck in Round 4.