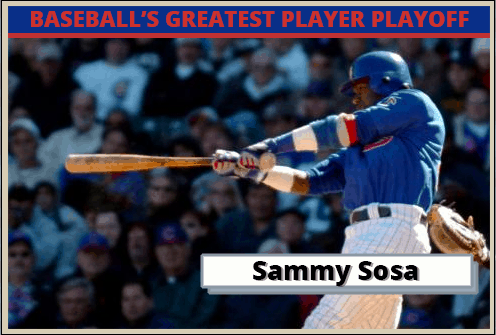 Sammy Sosa takes the top seed in what is sure to be a challenging race. J.D. Martinez, Mookie Wilson, Richie Sexson, and Ruben Sierra represent the modern era with Bob Nieman, Jack Doyle, and Eddie Stanky representing the stars of days gone by. The top 4 finishers advance to Round 5.

Sammy Sosa finished strong as J.D. Martinez faded in the final week of the season, giving Sosa a first-place finish. The competition was tight with a total of six teams finishing with .500 or better records. Doyle, Sexson, Wilson, and Sierra will all make their way into Round 5. It is worth noting that Reuben Sierra was eliminated in Round 2 but received a reprieve in order to make a complete season of eight. Bob Nieman and Eddie Stanky are outta here.

Continue Reading
link to Round 4 S23

The Hitters Deacon White and Jimmy Collins are a couple of old-time Hall-of-Famers trying to stay alive in this elimination season. They face a diverse slate of hitters in Danny Murphy,...