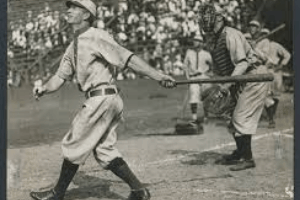 Jim Rice and Magglio Ordonez each won their last two games to finish in a dead heat for first place while Ruben Sierra lost his last two to Rice to just miss qualifying for Round Three. He’ll have to hope for a place filling out an eight-team season in the next round. We bid farewell to Tommy Leach, Bert Campaneris, and Bill Russell.