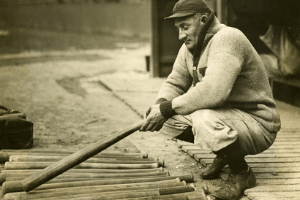 Round One continues with top seed Honus Wagner the favorite against the likes of Matty Alou, Steve Finley, Lance Johnson, Darby O’Brien, Jose Reyes, and Earl Torgeson. Who makes it through? Take a look.

Honus Wagner took this one with relative ease: winning records against every other team, over .600 every month, and 14 games ahead of Matty Alou. Wagner hit .255 vs the league’s .219.

In highlights, one of the Wagners had 51 doubles and one of the Lance Johnsons had 20 triples. There were three no-hitters, one each by Roger Clemens, Cy Young, and Warren Spahn.

Wagner and Alou are joined by Jose Reyes and Earl Torgeson in Round 3. The others get a second chance in Round 2.