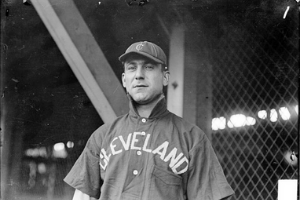 The great Nap Lajoie faces Hal-of-Famers Harmon Killebrew and Joe Sewell as well as Ruben Sierra, Eric Young Sr., Mickey Tettleton, Freddie Freeman, and Frank White as Round One continues. Power, Average, or a combination of the two? Let’s find out!

The great sportswriter, Grantland Rice said: “A Lajoie with Cobb’s speed might have batted .500.” Well, Nap Lajoie did hit .426 (!) one year and led the league 5 different times, finishing a 21-year career at .338. He totaled over 3200 base hits and tacked on over 650 doubles for good measure, all while playing a smooth defense at second base. Clearly one of the all-time greats.

Harmon Killebrew was a different kind of hitter for his time. Nowadays, statistics like his wouldn’t get more than a second glance. His 573 career home runs were good for fifth place when he retired after the 1975 season but his .256 batting average was a big question for those who were considering where he belonged in the pantheon of “Greatest Hitters.” It is important to note that he walked a LOT; over 1500 times. That brought his OBP up to a pretty reasonable .376. Combined with his .509 lifetime slugging percentage and you end up with a definite Hall-of-Famer.

Ruben Sierra played for nine different teams in his 20-year major league career. During that time he made 4 All-Star teams and clouted 306 home runs. He drove in over 1300 runs so he may do well.

Hall-of-Famer Joe Sewell is famous for being incredibly hard to strike out. In 10 of his 14 years in the majors, his season’s total strikeouts were in the single digits! His .312 lifetime average and 436 doubles were what finally got him into the hall.

Eric Young Sr. had a solid major league career banging out 1731 hits for a .283 average. He made the tournament thanks to his 465 lifetime steals.

Unfairly classed as a unidimensional player, Mickey Tettleton hit a fair number of home runs and was spectacularly gifted at getting free passes to first base. His 949 walks got him into the tournament.

Freddie Freeman, who is still playing for the Atlanta Braves, made the tournament for placing among the leaders in OPS. We’re glad to have him and it will be interesting to see how he matches up against the all-time greats.

The way I figured it if you were able to have a long career and play a great many games, that meant that you must have been seen to have been adding value to your team. In Frank White‘s case, his value was largely defensive. A 6-time Gold Glove second baseman for the Kansas City Royals, White played in 2324 games, currently good enough for 107th on the all-time list, although I am thinking that when I put the list together, he must have been in the top 100. Let’s see if he surprises us!

Napoleon Lajoie took this one with ease, going 23 – 2 in April and never looking back, winning 16 straight at one point. Lajoie batted .262, well above 2nd place Joe Sewell and his .219 and far beyond the league average of .199.

Two Lajoies managed 50 doubles and a third had 49. The Roger Clemens that pitched for Lajoie racked up a total of 30 wins, nine of which were shutouts and one that was a no-hitter. Eric Young’s Clemens threw TWO no-nos and a Seaver and Johnson had one each. The victims were all Killebrew and Reuben Sierra. There was also a 37-inning marathon that Eric Young won vs. Harmon Killebrew. They managed 43 hits between them and three different Killebrews struck out 6 times.

Lajoie, Killebrew, and Young are joined by current star Freddie Freeman and old-timer Joe Sewell in Round 3. Mickey Tettleton just missed qualifying so he and others will have their second chance to move ahead in Round 2.