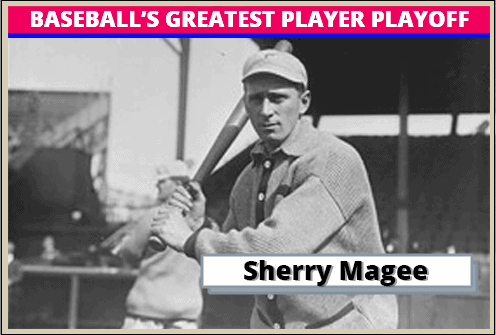 Dead ball era star Sherry Magee surprised with 100 wins in Round One and has his work cut out for him if he expects to repeat in this season. Hall-of-Famers Jeff Bagwell, Harry Hooper, and Frank Chance are joined by relative unknown Bob Dillinger and modern stars Willie Wilson, David Justice, and Richie Sexson.

Magee did well but fell from the top seed to third place as Jeff Bagwell asserted his power and ability to get on base to claim the top spot for the season. Frank Chance showed he was more than just a mention in a poem, grabbing second place and David Justice rounded out the top four. The others get a second chance in Round 4.