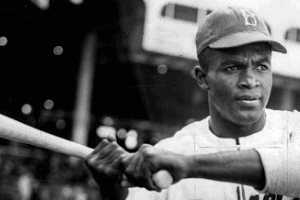 Jesse Burkett won his last two games while Jackie Robinson split his, leaving them in a tie for first place. Fellow Hall-of-Famers George Sisler and Earl Combs finished well enough to qualify for Round 5. A-Rod and Mark Grace join veteran second-chancers Ruben Sierra and Carlton Fisk in Round 4.