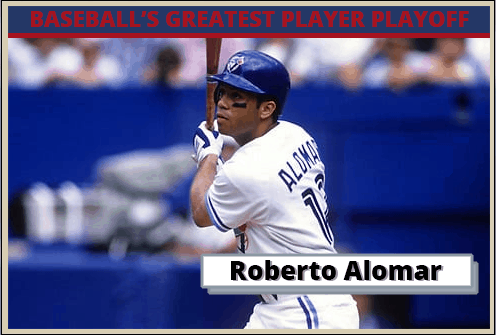 Roberto Alomar is our only Hall-of-Famer in this season, taking on a mostly modern slate of hitters. Old-timer Ed McKean is the only representative of the 19th-century and Juan Gonzalez, Troy Tulowitzki, and Jay Buhner represent the most modern era. Graig Nettles, Bill Buckner, and invitee Curt Flood round out the participants in this “do or die” season.

Jay Buhner swept the final 3-game set from Graig Nettles to finish in a dead heat for first. In a tight race, Tulowitzki finished third, just two games back and Alomar fourth only three back. Curt Flood finished fifth, only six games behind the front-runners but with a .506 winning percentage, so he will join those advancing to Round 5. Ed McKean, Juan Gonzalez, and Billy Buck failed to qualify.