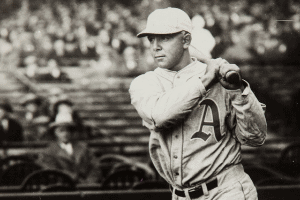 As the top seed, Bing Miller will have to get by Hall-of-Famers Billy Herman, John (Monte) Ward, and Red Schoendienst. There will also be competition from Wally Pipp, George Burns, Larry Bowa, and Bill Buckner. Top four finishers and/or a .500 or better winning percentage is needed to advance to Round Three.

In first place at the end of August, Wally Pipp fell apart and ended up third, two games back, while George Burns and Bing Miller ended in a tie for first. Bill Buckner and Billy Herman also qualified for Round Three, finishing in a tie for fourth place. Larry Bowa, Red Schoendienst, and John “Monte” Ward have reached the end of the line.