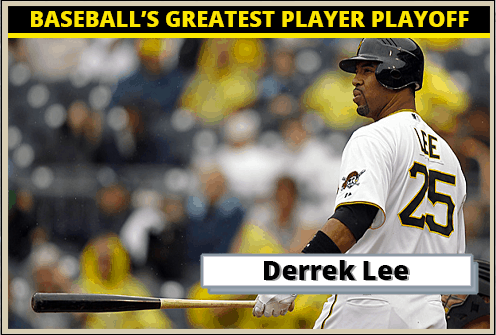 A mix of eras, teams, and hitting styles along with a couple of Hall-of-Famers to boot. HOF-ers Max Carey and Johnny Evers lead the charge to forestall elimination against Ken Griffey, Derrek Lee, Mike Griffin, Del Pratt, Adrian Beltre, and Stuffy McInnis. The top four finishers stay in the tournament for at least another couple of rounds.

Despite losing his last 7 games, Derrek Lee hung on to the top slot, a comfortable 4 games ahead of second-place Mike Griffin. Our two Hall-of-Famers, Evers and Carey, also made the cut with Ken Griffey winning his last 3 straight to secure a positive win-loss record. A disastrous August knocked Stuffy McInnis out of the running even though he led all teams in hitting and Adrian Beltre couldn’t lock down that .500 record, losing his last three games. Del Pratt was a game over .500 in April but fell apart after that, never figuring in the race.