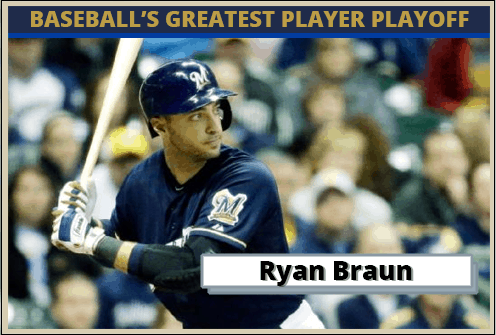 Mostly modern players represented in this season, with Ryan Braun as the top seed. He’ll face Hall-of-Famers Roger Connor and Larry Walker as well as Bob Johnson, Danny Tartabull, Vada Pinson, Mark Teixeira, and Adrian Beltre. The tale will be told after 154 games: Only the Top 4 are guaranteed slots in Round 5.

One of our closest seasons yet with only 10 games separating first-place Larry Walker from fifth-place Vada Pinson. Walker won it on the final day of the season with a 6-3 victory over Mark Teixeira. Braun, Johnson, and Conner join Walker and Pinson in Round 5.