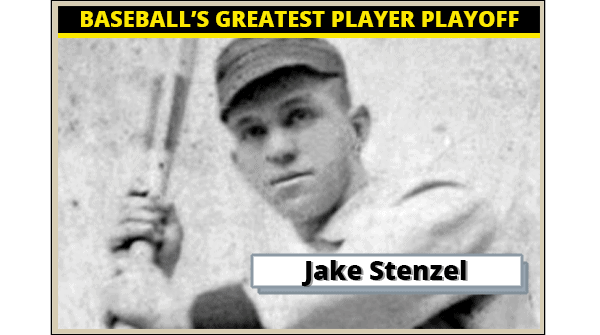 Nineteenth-century outfielder Jake Stenzel has the number one seed and faces four Hall-of-Famers, Roger Bresnahan, Orlando Cepeda, Billy Herman, and Ozzie Smith, plus eventual HOFer Manny Ramirez along with Michael Bourn and fellow old-timer Mike Griffin. You know the drill: Top 4 or a .500 record for an automatic berth in Round 5.

Orlando Cepeda used consistent stickwork and not a little power to outpace Stenzel for the pennant. A 7-23 record in June doomed Ozzie Smith to a fifth-place finish, behind Manny Ramirez and Roger Bresnahan. Herman, Griffin, and Bourn join Smith in Round 4.