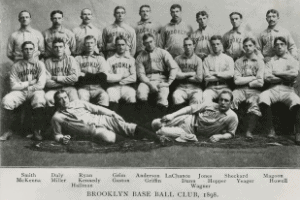 Good mix of old-timers and 70s stars. Top seed Mike Griffin and stars of yesteryear Jack Tobin and Red Murray face off against Buddy Bell, Rafael Palmeiro, Julio Cruz, Dave Kingman, and Frank White. Top 4 and anyone over .500 advance to Round Three.