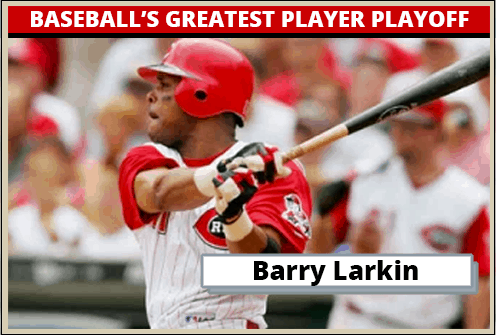 Barry Larkin is our only Hall-of-Famer this season with Harry Stovey as the top seed. Fred Lynn, Sam Wise, Socks Seybold, Michael Bourn, Paul Konerko, and Pat Burrell make up the rest of this eclectic field. Facing elimination, only the top 4 are guaranteed a position in Round 5.

Playing .500 ball for the first two months of the season, Harry Stovey turned on the afterburners and claimed the top slot. Also qualifying are Fred Lynn, Socks Seybold, and Sam Wise. Barry Larkin and Paul Konerko had a chance to tie for fourth but dropped their last two contests so we bid farewell to another Hall-of-Famer, plus Michael Bourn and Pat Burrell.