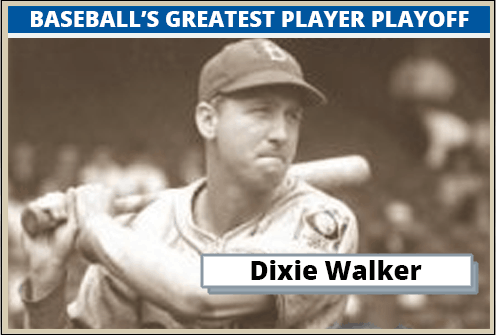 Dixie Walker has the top seed with three Hall-of-Famers down ballot in King Kelly, Tony Perez, and Billy Herman. Also in the mix are 70’s slugger, Sal Bando, Larry Gardner, and the modern stars, Gary Redus and Edwin Encarnacion. No one wants that long bus ride home.

Seemingly playing above his head, King Kelly went 39-20 in one-run games to snatch the pennant. Joining him in Round 5 will be Gary Redus, Dixie Walker, Billy Herman, and Tony Perez who finished fifth but with a +.500 record. We bid a fond farewell to Encarnacion, Bando, and Gardner.