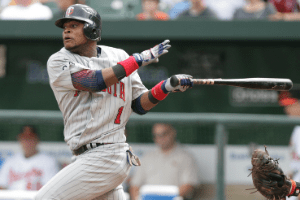 Luis Castillo earned the top seed in Season 20 against Hall-of-Famers Roy Campanella and Joe Torre, plus stiff competition from Edwin Encarnacion, Michael Young, Tony Taylor, John Olerud, and Lance Parrish. The top 4 finishers or anyone with a .500 or better record get to continue on to Round Three.

Roy Campanella showed he belonged and joined the 100 Win Club in Season 20. His first-place finish left him 10 games ahead of second-place Joe Torre and 22 ahead of Edwin Encarnacion. Despite only winning 72 games, John Olerud finished 4th to claim a berth in Round Three. Michael Young, Lance Parrish, Luis Castillo, and Tony Taylor are out.