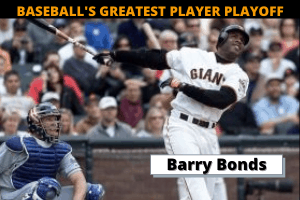 Barry Bonds used a combination of OBP and home runs to dominate this season, winning in a walk. Gary Sheffield acquitted himself well and Lonnie Smith managed a 3rd-place finish. After that, it was quite the battle. With 2 games to go, Rose, Cey, and Ashburn were tied with 69 wins. When the dust settled, only Rose crossed the threshold to Round 5. Despite leading all teams in batting average, Ashburn will join Cey, Kelly, and Horton in Round 4.