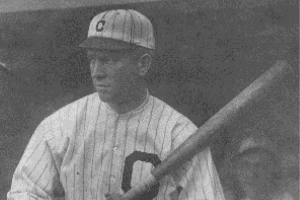 Hall-of-Famer Tris Speaker had the fourth-most victories in Round One, giving him the top seed this season. His competitors are Ben Chapman, Matty Alou, Sal Bando of the Swingin’ A’s, Tom Daly, Bo Jackson, and two Hall-of-Fame catchers who qualified from Round Two, Roy Campanella, Ted Simmons. It takes a top-four finish to automatically advance to Round 5.

Tris Speaker dominated the season despite having a couple of fellow Hall-of-Famers to contend with. One them, Roy Campanella, came in second and will be joined in Round 5 by Ben Chapman and Bo Jackson. Despite coming in second among teams in batting average, Matty Alou finished in a tie with the other HOF-er, Ted Simmons, for seventh place. They, Bando, and Daly will have to make it through Round 4 to continue on in the tournament.