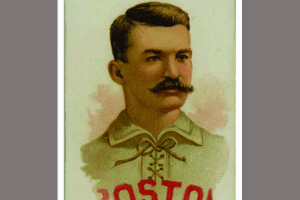 Top seed for this season King Kelly battles fellow Hall-of-Famer, Nellie Fox and six other hitters vying for a berth in the Third Round. They will see Dummy Hoy, Jim Edmonds, Greg Luzinski, Tom Brown, Buster Posey, and Donie Bush. Only the top four are guaranteed to advance.

Jim Edmonds came on strong at the end but Greg Luzinski was equal to the task, taking first place on the strength of his 233 team home runs. We bid a fond farewell to Dummy Hoy, Nellie Fox, Donie Bush, and Tom Brown.