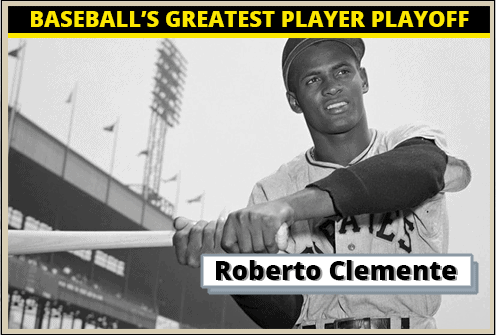 Roberto Clemente is the lone Hall-of-Famer this season, although a case can be made for Gene Tenace, as these eight face the very real threat of elimination. Hardy Richardson, Mike Hargrove, George Hendrick, Mo Vaughn, Mickey Tettleton, and Bob Bescher see how they match up.

Tettleton and Hargrove fought for fourth place until the very end of the season and ended in a tie, so they both advance. Roberto Clemente led in batting and held off a late charge by Hardy Richardson to take the pennant. Gene Tenace led all teams in home runs and took third. We say goodbye to Vaughn, Hendrick, and Bescher.