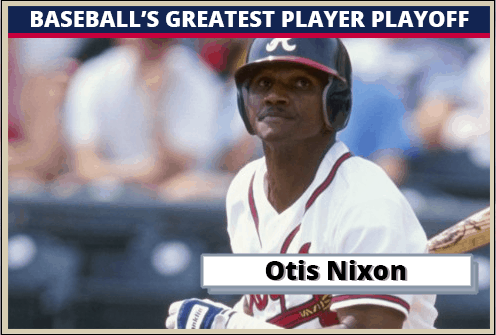 Speedster Otis Nixon nabs the top seed in a league that features hitters who were lackluster fielders. Scott Rolen has the second seed with the enigmatic Bob Dillinger, one-season superstar Jacoby Ellsbury, Buck Herzog, Lance Johnson, Steve Sax, and Dave Collins filling out the rosters. A top-four finish is necessary to move on.

Tied going into the final day of the season, Scott Rolen eked out a 9th-inning victory over Bob Dillinger to lock in a first-place finish over Steve Sax. Otis Nixon finished a solid third baseman with Ellsbury a close fourth. Dillinger managed to keep his .500 record intact to move on with the others to Round 5. We say goodbye to Reds great, Dave Collins, Lance Johnson, and Buck Herzog.