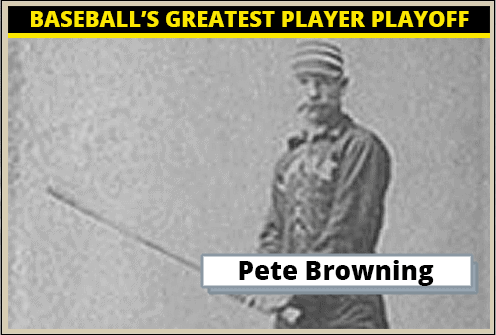 Played as: Deacon White
Full Name: James Laurie White
Nicknames: “Deacon” came about due to his being the son of a preacher and his “silver-tongued oratory.”

Played as: Pepper Martin
Full Name: Johnny Leonard Roosevelt Martin
Nicknames: The Wild Horse Of The Osage, “Pepper” may have been due to his daring base running and constant chatter

Pete Browning lost on opening day and then reeled off 6 straight victories before cruising the rest of the way to the pennant. Martin, Cash, and Hartnett fought for second place right down to the last week of the season. They head to Round 5 while the others face elimination in Round 4.