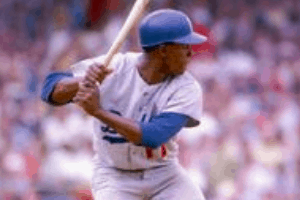 Pinch-hitter supreme Manny Mota has the top seed in this make or break season. He faces single-season record-holder for triples, Owen “Chief” Wilson and a bevy of contenders for a slot in Round Three. Willie McGee, Chili Davis,  Rajai Davis, and Chris Speier round out the modern guys and old-timers Paul Hines and Hall-of-Famer Ray Schalk make up the rest of the eight in the battle.

Paul Hines pulled away in the last week of the season to find himself atop of a league that saw six teams qualify for Round Three by finishing with at least a .500 record. Only Hall-of-Famer Ray Schalk and Chris Speier failed to advance.