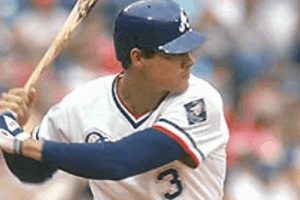 Dale Murphy is our top seed this season as he and seven others try to qualify for Round Three of the Playoff. He will face Norm Cash, George H. Burns, Alfonso Soriano, Charlie Hickman, B.J. Surhoff, Walt Wilmot, and Tommy Dowd.

Detroit Tiger great Norm Cash joined the Century Club, winning 105 games and four others finished above .500 to also qualify for Round Three, which didn’t leave too many wins to go around for Alfonso Soriano, B.J. Suroff, and Tommy Dowd. We bid them a fond farewell.