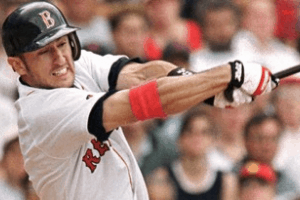 It’s “Do Or Die” for top seed Nomar Garciaparra and modern stars David Justice, Robinson Cano, Cecil Fielder, Omar Vizquel, and Tony Phillips as they compete to continue in the playoff with George “High Pockets” Kelly and Duff Cooley. Top four placement or a .500 record to move ahead.

The Pitchers for Round Two can be found here.

David Justice won by a comfortable 6 games and Nomar Garciaparra went 8-2 down the stretch to pass Cecil Fielder for fourth place. “High Pockets” Kelly and Robinson Cano also move ahead to Round Three.