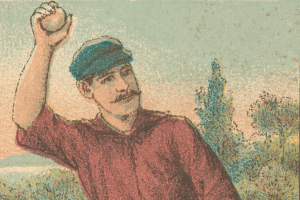 Nineteenth-Century outfielder Curt Welch is the top seed and Ted Simmons is our only Hall-of-Famer in this season, as they take on the Murderer’s Row left fielder (or right fielder if Babe Ruth was in left) Bob Meusel, Ray Durham, Nelson Cruz, Max Bishop, Carl Reynolds, and Arlie Latham. Top four move on to Round Three, bottom four head home.

Nelson Cruz cruised to victory, finishing with 94 wins. He will be joined by Bob Meusel, Ted Simmons, and Carl Reynolds in Round Three as we wave bye-bye to Ray Durham, Curt Welch, Max Bishop, and Arlie Latham.