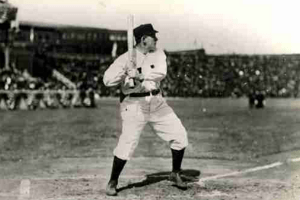 Bill Dahlen achieved “Top Seed” status by being very good, for a very long time. In his 21 big league seasons, “Bad Bill” picked up over 2400 hits, scored 1590 runs and knocked in another 1234. Among his hits were 413 doubles and 163 triples and his 1064 walks boosted his .272 batting average to a .358 OBP. He is rated as the tenth best shortstop in baseball history according to the JAWS rating system. This turn of the century great is not in the Hall-of-Fame, one of the few top seeds that is not.

A key member of the old National League Baltimore Orioles, Joe Kelley hit .317 over a seventeen-year career that straddled the beginning of the 20th-century, and like any good Oriole, he drew enough walks to boost his OBP to a stellar .402.  In addition to his 1421 runs scored and 1194 RBIs, his 194 lifetime triples are good for ninth place on the all-time list.

Willie Wilson was well-known for his speed but you are selling him short if that is all you know about his playing days. A two-time All-Star, a Gold Glove winner, and a batting title winner, Wilson also led the league in triples five times, totaling 147 in his nineteen-year career. And he was fast! He stole 668 bases between 1976 and 1994.

Baby Doll Jacobson was a bit of a late bloomer, not really blossoming until returning from Naval service in World War I at 28 years of age. Toiling for the rarely competitive St. Louis Browns, the 6-3, 215 lbs Jacobson hit for a .311 average in his eleven years in the Major Leagues.

At 5-4, Hugh Nicol was one of the smallest players in Major League history. Never much of a hitter, averaging .235 when the rest of his league was in the mid-.240s, he was a great outfielder and one of the fastest base runners. He still holds the record for stolen bases in a season at 138 but it is important to note that this record was set in 1887 when the rules were different than they are today.

A solid defensive shortstop, Garry Templeton was named to three All-Star teams and gathered 2096 hits in his sixteen-year career, batting a solid .271. He qualified for the tournament based on his 106 lifetime triples. FUN FACT: Templeton was the first switch hitter to achieve 100 hits from each side of the plate in 1979. In 1980, Willie Wilson became the second to do it! Honest, I did not plan this.

In the 1940s, baseball men looked at home runs, RBIs, and batting average. Roy Cullenbine hit .276 with 110 homers and 599 ribbies in his short, ten-year career. What they didn’t see – they didn’t see it with Ted Williams, either – was that Cullenbine could work the count for a walk and in his final season at only 33 years old, smacked 24 round-trippers. His lifetime OBP was a stellar .408. His placement on the Offensive Winning Percentage list qualified him for the playoff.

I am certain that Roy Cullenbine would have thought 100 victories would have secured him first place for the season but they were not enough, as he finished 12 games behind Joe Kelley. Kelley hit .242 as a team en route to 112 winds and the first-place finish. The league hit a combined .209.

Kelley, Cullenbine, and Wilson are joined by Shawn Green in Round 3, while the others get a second chance in Round 2.