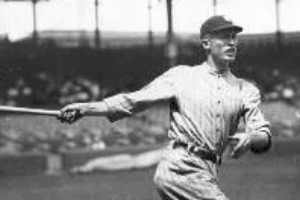 Sam Rice‘s twenty-year big league career was primarily spent with the Washington Senators. During that time he hit .322, just missing the magic 3000 hit mark due to being drafted in 1918 for service in World War I. He was also good for almost 500 doubles and 184 three-baggers. The Veteran’s Committee voted him into the Hall-of-Fame in 1963.

Willie McCovey won just about every accolade there is during his twenty-two-year career. The 1959 Rookie of the Year, he picked up the MVP trophy a decade later in 1969 on the strength of his 45 home runs, 126 RBI, and .320 batting average. He also picked up 121 bases on balls, boosting his OBP to a phenomenal .453. Of course, he was named to the All-Star team, one of the six times that occurred. Lifetime, he had 521 home runs and batted .270 with a .374 on-base percentage and .515 slugging average. “Stretch” was a first-ballot Hall-of-Famer in 1981.

An eight-time All-Star, Gil Hodges also picked up the first three Gold Gloves awarded for first basemen during his eighteen years in the big leagues. He hit 370 home runs with 1274 RBIs and a .270 batting average. His 943 career walks boosted his OBP to a lusty .359. Mostly known as a Dodger, both in Brooklyn and Los Angeles, he also finished his career with the expansion New York Mets and then came back to manage them for four seasons, until his death from a heart attack at age 47.

The power-hitting left fielder for Cincinnati’s Big Red Machine, George Foster hit 348 career home runs with a .274 batting average, driving in 1239 runs. A five-time All-Star and MVP winner, Foster also had some of the best sideburns in baseball.

Freddie Lindstrom had a short, thirteen season career but it was a pretty good one: his .311 batting average qualified him for the playoff and he also collected 301 doubles. The Veteran’s Committee selected him for the Hall-of-Fame in 1976, a decision that still raises questions.

As a similarly height-challenged ballplayer, I liked him because he was short. Baseball-Reference lists Freddie Patek at a height of 5-5 but I recall that he was more like 5-4 (for the record, I was 5-6 AND A QUARTER). In any case, he played a solid shortstop for fourteen years, making his mark with the Kansas City Royals where he was named to three All-Star teams. His 385 stolen bases were his ticket into the tournament.

The 1990 Rookie of the Year, David Justice hit 305 home runs in his fourteen Major League seasons. A three-time All-Star, he also drove in over 1000 runs while hitting .279.

Roger Maris is probably best known for breaking Babe Ruth’s single-season home run record with 61 in 1961. What is not as commonly known is that from 1959-62, Maris hit 149 home runs, drove in 425, and batted .269. He also picked up a Gold Glove, was named to seven All-Star teams, and won the MVP twice! He is in the tournament because although he only played twelve seasons, he is among the leaders in WPA – Win Probability Added.

Sam Rice led the way and a total of six teams finished above .500 to qualify for Round 3. Rice hit .251 and Freddie Lindstrom .225. They were the only teams with batting averages above .200.

Since all the others finished above .500, only Patek and Justice head for a second chance in Round 2.