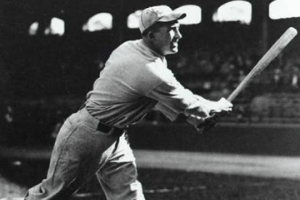 Well, Christmas Break is over and it’s time to get back into week five of the playoff! This round features Hall-of-Famers Al Simmons, Bill Dickey, and Ross Youngs facing-off against Mickey Vernon, Tommy Corcoran, Bob Boone, Reggie Smith, and Hal Trosky.

Nicknamed “Bucketfoot Al” for his unorthodox batting stance – picture a right-handed batter with his left foot pointed at third base – Al Simmons put together a twenty-year career that included over 300 home runs, almost 3000 hits, and a lifetime batting average of .334. Consistency and quality for a very long time earned him a spot in Cooperstown.

Mickey Vernon also had a long, productive career. Although he missed a couple of years to serve during World War II, he still managed to compile some solid lifetime statistics: almost 2500 hits – 490 of them doubles – and a lifetime .286 batting average

Spanning the decades before and after 1900, Tommy Corcoran played through the transition from barehanded fielding to gloves. His eighteen-year career primarily the result of being a good fielding shortstop, he also managed to pick up 2400 hits, 155 of them triples, along the way. After his playing career, he became an umpire.

Bill Dickey played in eight World Series in his eighteen-year career with the New York Yankees. Despite losing two years to service during World War II, Dickey compiled a .313 lifetime batting average while toiling behind the plate and earned election to the Hall-of-Fame in 1954.

One of the lucky players selected for the Hall-of-Fame by the Frankie Frisch-led Veterans Committee in 1972, Ross Youngs nevertheless had quite a career. He hit .322 lifetime in 10-years in the majors and died at age 29 after a long kidney ailment.

The middle of the multi-generational Boone family, Bob Boone put in 22 years behind the plate, picking up seven Gold Gloves along the way.

Reggie Smith had the misfortune to play a large portion of his career in the offensively challenged 1970s. Despite that, he still hit 314 home runs and batted .287, while being selected for seven All-Star teams. Not too shabby.

In an eleven-year career shortened by migraines, Hal Trosky still managed to clout 228 home runs, drive in over 1000 runs, and bat a healthy .302.

This was an interesting season. Although he won his last 6 games, Ross Youngs couldn’t catch Al Simmons, who won his last 4. Also, the top 6 teams all finished above .500 on the year. Corcoran, who squeaked in based on his lifetime triple and stolen base totals and Boone, who qualified due to career games played, each lost over 100 games.

One Hal Trosky had a 3-HR game and 4 of the 6 no-hitters were thrown by Tom Seavers, two of which were perfect games and one of which missed being perfect due to an error. In Cy Young’s no-no, he was perfect through 8 innings before hitting the leadoff batter in the ninth.

Simmons, Youngs, and Trosky are joined by Bill Dickey, Mickey Vernon, and Reggie Smith in Round 3. Corcoran and Boone will see if they can make it out of the consolation round.