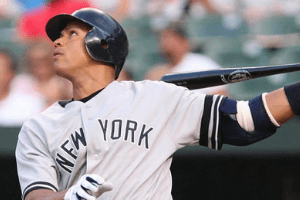 In a surprise result, Andrew McCutcheon went 13 – 2 in extra-inning games in becoming the first non-number one seed to win a season. Number one seed Alex Rodriguez finished fifth.

In highlights, the season saw Lance Parrish win a 31-inning game against Vladimir Guerrero, 3 – 1 where all the runs were scored in the 31st! One of the Parrish batters managed 7 hits in 13 ABs. There were also 2 no-hitters, one by Cy Young and the other by Walter Johnson.

McCutchen and Guerrero are joined by Maury Wills, Steve Garvey, and Alex Rodriguez moving on to Round 3. The others get a second chance in Round 2.