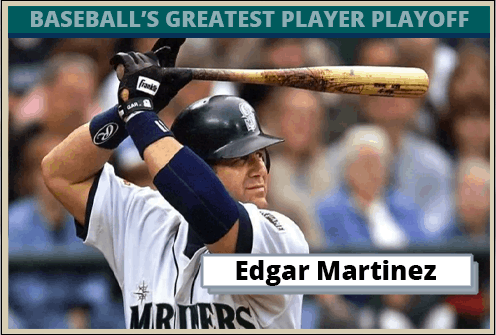 Hall of Famers abound in this elimination round. Charlie Gehringer, Edgar Martinez, Joe Sewell, and Ozzie Smith represent Cooperstown with Josh Hamilton, Carlos Beltran, Spud Davis, and Travis Hafner making up the balance of the Round 4 hopefuls. Only the top four finishers are guaranteed a place in Round 5.

Edgar Martinez had his best season yet, easily winning the pennant. He qualifies to move ahead in the tournament along with Charlie Geringer, Josh Hamilton, and Joe Sewell, whose last game victory sewed up sole ownership of fourth place. Had he lost, we would have had a three-way tie. Alas, we must bid farewell to Travis Hafner, Spud Davis, Ozzie Smith, and Carlos Beltran.