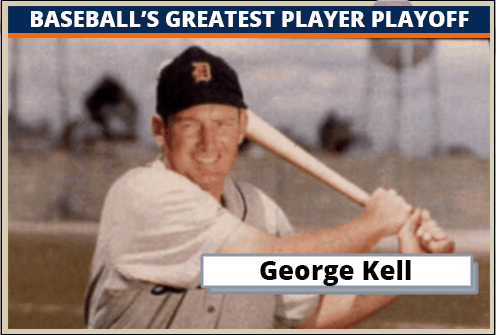 George Kell has the top seed in this HOF-less season. Also hoping for a tournament extension are Stan Hack, Jim Edmonds, Kip Selbach, Hal McRae, George J. Burns, George Woods, and Harry Davis. Only the top 4 finishers get an automatic bid in Round 5.

Jim Edmonds had his best season yet, joining the century club with exactly 100 wins on the strength of his 236 home runs. Stan Hack outlasted George Kell for second, with George Wood taking fourth. Hal McRae narrowly missed tying for fourth, losing on the final day of the season. He heads home, along with Harry Davis, Kip Selbach, and George Burns.