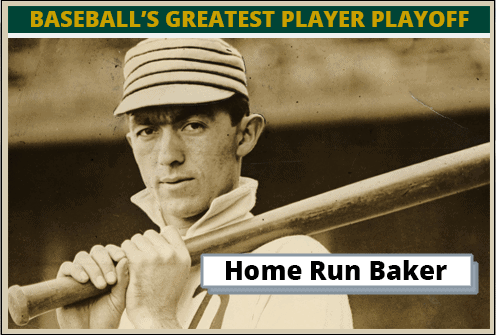 Hall-of-Famer Home Run Baker and fellow HOF-ers Frank Thomas and Cap Anson are the marquee players in this season. They are joined by sluggers Hal Trosky, Jermaine Dye, and Torii Hunter plus Jimmy Sheckard and Garry Templeton. Only a top 4 finish guarantees a spot in Round 5.

In a surprising turn of events (at least, it was surprising to me), Hal Trosky used prodigious power to join the century club and easily claim first place. Old-timers Cap Anson and Home Run Baker and The Big Hurt, Frank Thomas claimed the other Round 5 slots. The others try their luck in Round 4.