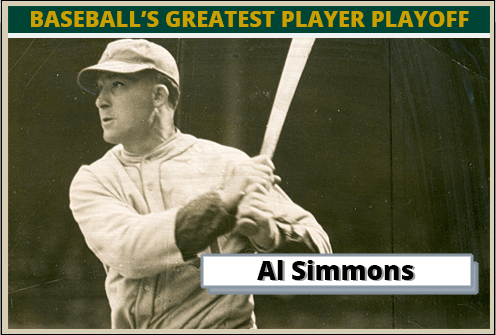 We’ve got three Hall-of-Famers in this season and one “For Sure” HOFer. Al Simmons leads the field along with fellow Cooperstown alums, Dave Winfield and Luis Aparicio. They are joined by the very modern Mike Trout and Steve Finley, mid-century star Gil Hodges, and nineteenth-century stars Fred Dunlap and Paul Hines. Top four finishers are guaranteed a trip to Round 5.

Al Simmons led in batting average and home runs, leading to an impressive 101 win season. Not far behind was present superstar Mike Trout, who had the best run differential, just six games back. Winfield and Finley join them in Round 5. The others take their chances in Round 4.