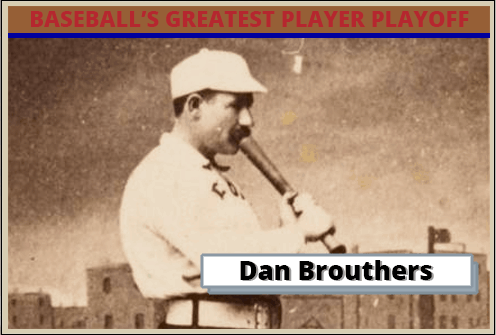 Hall-of-Famers Dan Brouthers, Tim Raines, and George High Pockets Kelly face some “Hall-of-Pretty-Darn-Good” ballplayers like Ken Boyer, Bobby Bonds, Frank Howard, and David Ortiz (Cooperstown Class of 2022?), and Chone Figgins. I expect lots of power and lots of stolen bases but only the top 4 get a guaranteed slot in Round 5.

Power and speed it was! Only Bobby Bonds was able to combine the two in sufficient quantities to nail down first place, outlasting Dan Brouthers. Howard and Boyer took third and fourth places with Tim Raines winning the season finale to make a .500 record. David Ortiz, despite finishing sixth, had a positive run differential and so may get an automatic berth in Round 5. Otherwise, he will join Kelly and Figgins in the Round 4 second chance.