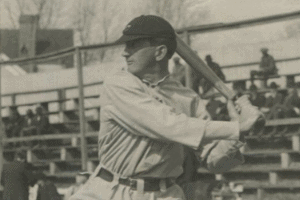 Shoeless Joe Jackson tests his mettle against Hall-of-Famers Arky Vaughan and Joe Morgan in Round 3 action. They will be up against Bobby Veach, Christian Yelich, Spud Davis, Bake McBride, and Charlie Hickman. Top 4 automatically advance to Round 5.

Joe Jackson outhit the league by almost 50 points easily cruised to a first-place finish. Hall-of-Famers Arky Vaughan and Joe Morgan came in second and third with Bobby Veach taking the final automatic slot in Round 5. Yelich, Hickman, McBride and Davis will try their luck in Round 4.