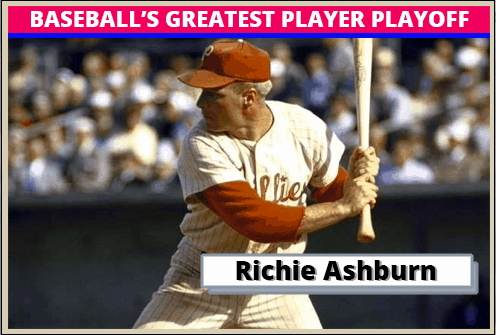 Freddie Lindstrom went 44-24 after the All-Star Break to catch Richie Ashburn for a first-place tie while Jose Canseco and George “High Pockets” Kelly battled it out for a third-place tie. Barney McCoskey just missed in two different ways: he lost on the last day of the season, costing him a .500 record and he finished -1 in run differential. Close but no cigar. Don Mattingly, Walt Wilmot, and Ron Gant all failed to qualify, so we bid them a fond farewell.