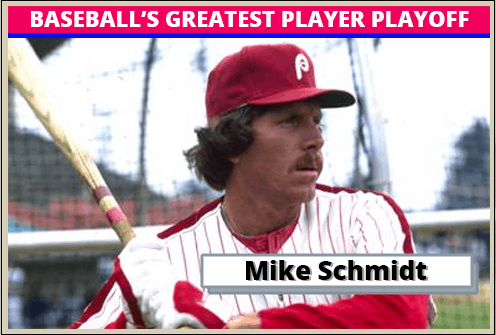 Hall-of-Fame third baseman Mike Schmidt is joined by fellow Cooperstown inductees Buck Ewing, Johnny Bench, and Heinie Manush as well as the underrated Wally Berger, and the very solid sluggers Ryan Howard, Jim Edmonds, and Ron Gant. I expect a lot of home runs and have no idea who will make it to Round 5.

In an HR-soaked season, and in a surprising turn of events, Wally Berger out-homered everyone and won 101 games along the way, finishing well ahead of second-place Mike Schmidt. Manush and Bench join them in Round 5. Jim Edmonds lost on the final day of the season, coming up one victory short of qualifying. He and the others try their luck in Round 4.